LEGACY OF A ROCK QUEEN 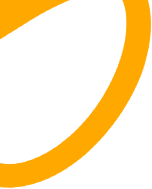 Emyna – The Rock Queen, takes the audience on a journey through the history of Blues and Rock & Roll using comedy, music and dance. Woman Singer Queens who reigned throughout the ages of Rock Music include Bessie Smith, Memphis Minnie, Willie Mae Thornton, Janis Joplin and Tina Turner, among others.

One of the few African American women in Rock, Emyna – The Rock Queen is making her mark. Emyna grew up in Houston, Texas where she gained her first recording and broadcast experience. There she grew artistically and professionally as an opening act for Chaka Khan and Sarah Vaughn, and as a performer with the members of Def Leppard. Since then The Rock Queen has graced stages throughout the nation with both of her albums Runaway and Get Me Out Of Here, a clear and bold declaration of her artistic expression. The Billboard World Song Contest has recognized two of The Rock Queen’s original compositions, Reach For The Sky and You’ll Find A Way in 2009 & 2010.

In October 2010, Emyna released her newest single ROCK QUEEN, which sends an empowering message to women that no matter what profession, ethnicity, lifestyle or interests, everyone has a Rock Queen inside of them. ROCK QUEEN sends a positive message presented with visual lyrics and resounding rhythms that stand on their own accompanied by one of The Rock Queen’s powerful guitar solos.

Owning her own label and publishing company, Emyna – The Rock Queen is also an astute businesswoman, designing her own Eco Friendly Clothing Line named Rock Queen Wear, which is scheduled to launch in Las Vegas and Los Angeles in 2011. Emyna is currently producing a Las Vegas Show combining music, dance, comedy and drama. Emyna also travels to schools all over with her outreach program Legacy in Sound, a program that puts the evolution of modern American music into a historical perspective. Along with her outreach program Emyna is set to launch Women Who Rock for Kids in 2011, a program designed for children with an interest in music, giving them the opportunity to learn and play instruments along with an enjoyable way of learning the history of Music. Emyna – The Rock Queen is determined to leave her mark not only in the music industry but also in her community.

We offer the latest news and updates about artistic expression, unlimited entertainment, free minds, and socially relevant art enthusiasts. We’re the online resource for all the information you may need about Las Vegas theatres.